It’s not really a thing for Holtz.

Anyways, this is late because I am busy and I have like a business and a girlfriend, and I haven’t written anything since Xmas WHOOPS.

Koala’d. That’s the only word to describe it. Erin feels like she’s a eucalyptus tree and Holtz is a koala clinging to her trunk.

She found out about the koalaing – or would it be koaling? How do you make a small Australian marsupial into a verb? – before she and Holtz had even gotten together. Holtz had fallen asleep on the couch beside her after they’d gotten back from a call and were too exhausted to move. Erin watched in a half doze as Holtz had wriggled her arms around her waist and kicked up a leg at her thigh. She let it happen, utterly amused, and well… lots more happened after Holtz had woken up.

So really, she should have expected a similar position the first night they spent together in Erin’s bed.

None of her other partners were this clingy (or not in this way). Woman, man or non-binary, none had chosen to adhere to her as aggressively. Most complained that she was a furnace, and would drift away slowly as their unconscious minds reacted to being too close to her warmth. They’d fall asleep embraced, but wake on their own respective sides of the bed.

Not Holtz, however. Holtz loves that she’s a furnace, because she’s a freezer. She compliments her that her poor frozen toes are finally warm when she sleeps with Erin. (She runs so hot, she hadn’t even noticed.) She never moves, either; the little engineer hugs steadfast to her all through the night. Erin actually has to peel her off of her in the morning. God forbid, she has to get up in the middle of the night to pee; it’s like trying to pry open a bear trap, except the bear trap makes adorable little whiney noises.

And it’s all a little weird… 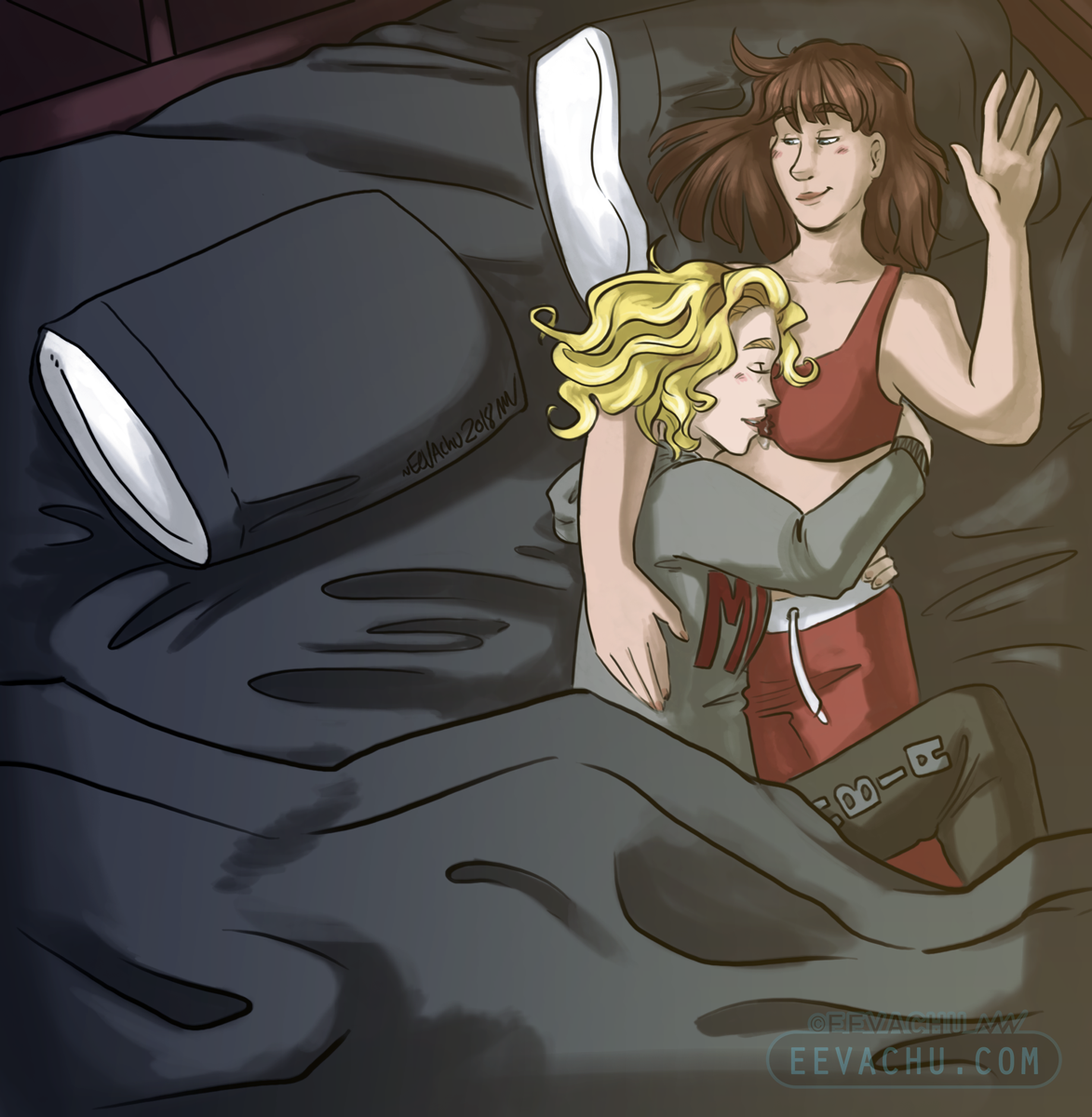