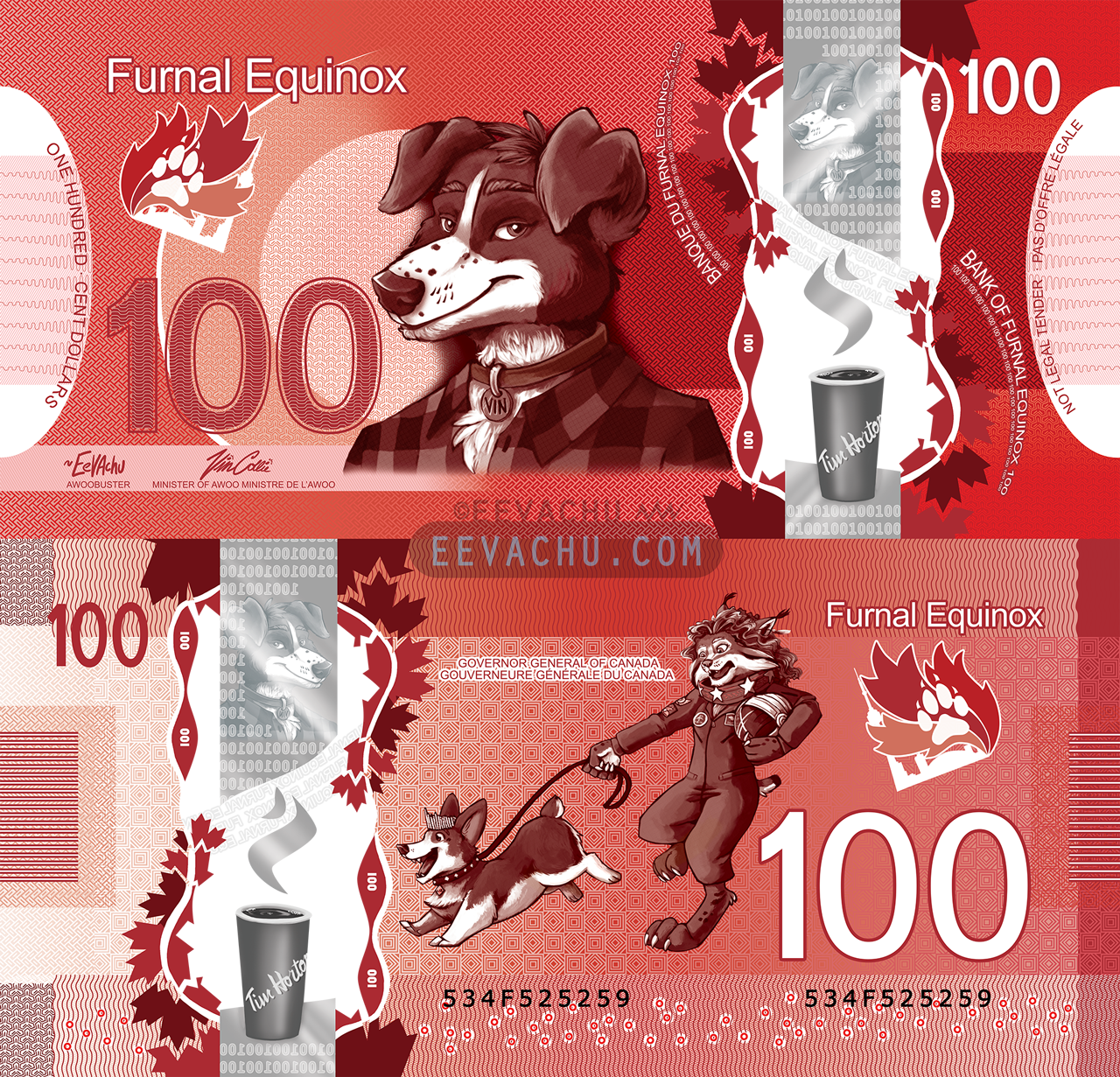 I was approached by Olefin to design a fake $100 bill to fit Furnal Equinox’s 2018 theme of “Living Large.” Concepts were mostly Olefin’s, I just added a bit of personal flare to them. Thousands of bills were printed and sold for charity and made to rain on congoers. They were an absolute hit! A stack of them live in my display case and one is laminated on my desk, I love how they turned out so much.